War of the Words

A place to hang out with your friends, meet new people and argue...I mean discuss...whatever topics you like.

Welcome to a new drama-free discussion board where friends can get together peacefully to have fun. Please invite only like-minded individuals.

War of the Words :: News and Views :: Atomic Power's Dugout

For years I've thought of inventing an alternative to the Hall of Fame, entitled the Hall of Interest, because if Paris Hilton ever taught me anything, it's that being interesting is waaaaaaay better than being famous.

This summer, a roadtrip that took me to St. Louis ended up dumping me off in Cooperstown, NY, to check out the National Baseball Hall Of Fame for the first time. While it did a great job of telling me why baseball is a great sport, it didn't do much to tell me about the interesting side of it, and by golly, there have been some wildly interesting events and characters throughout the history of the game, which is storied like very few others.

Rube Wadell made it into the hall of fame, in the class of 1946, but a plaque commemorating that election is the only mention of him in that hallowed building. In Rube, we have, perhaps, the most singularly intriguing man in the history of baseball. He's a man who, experts believe, would not be able to play in the major leagues today, due to one of the many ailments that they believe he suffered from. The suspected ADD wouldn't be enough to keep him off the playing field, as other major leaguers, such as Shane Victorino also suffers from Deficit Disorder. However, it's also been supposed that he was autistic, mentally retarded (if that word is still acceptable) and developmentally disabled.

These afflictions hurt him on and off the field, and despite striking out the most batters in the American League from 1902 to 1907, he couldn't stick with any team for too long, shuffling from the Louisville Colonels to the Pittsburgh Pirates, to the Philadelphia Athletics, to the St. Louis Browns. He made the strikeout cool, and while he never held the career record for strikeouts (I doubt baseball could have held his interest much longer than it did) his 349 strikeouts in 1904 held as a record in the American League until Nolan Ryan blew away 383 hitters for the 1973 Angels. No left handed American League Pitcher has broken that mark.

Off the field though, was where Rube shined, if he ever made it to the game. He often was found under the bleachers before games, playing marbles with local school children. If he did make it to the field, opponents would try to distract him with toys and puppy dogs. It often worked. It's been said that if a fire truck passed the field, even if he was pitching, he would tear off the field after it. He'd do cartwheels on the mound when he was excited.

As a teammate though, he was terrible. His roommate. Ossee Shreckengost, demanded that Rube not eat crackers in bed, and even put that in his contract. He would disappear for days at a time, going on benders that caused the Sporting News to refer to him as the Sousepaw. It wasn't all drinking though, he managed to get married three times in between the games, and in perhaps his wildest stunt, he taught a small flock of geese to jump rope.

In the offseason he would wrestle alligators, which drove his manager crazy. The exploits made it back to the fans, and before Babe Ruth, he was the biggest draw in baseball. He toured in a vaudeville show, the Stain Of Guilt, to help fuel his addictions.

Sadly, his exploits drove him out of baseball, from the major and minor leagues. He still loved fires, and helping people escape them. I read of one account where Connie Mack, his manager, found him fighting a fire completely naked. He never wore underwear. When he saw a flood ravaging the town of Hickman, Kentucky, he dove into the headwaters to help the locals sandbag. From what I've read, it was an endeavour for the blacks of the town, and Rube jumped in, not seeing race, seeing only need. He caught pneumonia for his troubles, and after two years of slowly sapping his strength, it killed him, ironically, on April Fool's Day, 1914. He was 37 years old.

Oh yeah, and once, he thought he was saving a woman from drowing, but it turned out that woman was a log.

You know, if more baseball players were like this, I'd probably be more inclined to watch.

Quite the character I must say. To bad most sports stars these days are so boring. 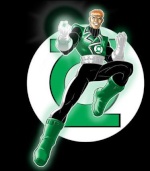 I must say this was quite an interesting read. I look forward to more.......so get writing! 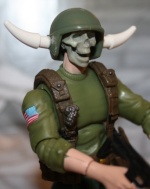